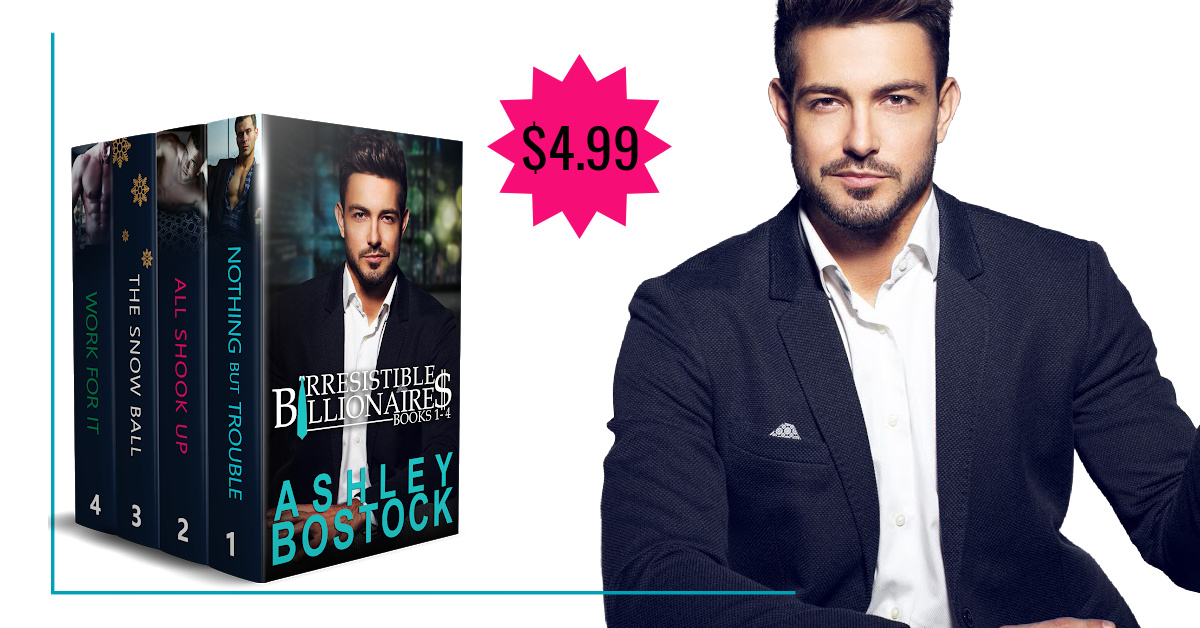 In need of date for Valentine’s Day….

CEO of a #1 matchmaking website, Michael Vilander knows all the algorithms for the perfect connection. Yet, he’s nothing, but alone.

After all, running a billion dollar company doesn’t leave much time for falling in love. Putting his own company to the test, he meets a sexy and innocent woman online, hoping to land a date for the esteemed Valentine’s Day Gala.

But what he gets is so much more than he ever imagined.

Twenty-four year old Sophia Baldwin is in over her head as she tries to makes ends meet. Her dreams of being a nurse are on hold while she cares for her ailing grandmother. Connecting with the charming and sexy mogul changes everything for the drowning exotic dancer.

But Sophia goes too far when she blurts out their engagement to a roomful of envious ears at the Valentine’s Gala.
Now, they have thirty days to prove how truly in love they are.

Can a month of make-believe turn into something real or will Micheal’s past destroy everything they’ve built?

Billionaire CEO Cole Carrington knew the only way to check the seemingly downward spiral of his lingerie store was to go undercover. If it was being mismanaged he’d be able to get to the bottom of it. What he wasn’t expecting was to run into Jillian Winters, the gorgeous woman he’d evicted months ago from the same location.

When Jillian Winters gets evicted from the building she rented, she’s forced to shut down her five-star lingerie store. Unable to have the proper funds to relocate into an equally swank location in Downtown Denver, Jillian is certain her managing skills aren’t what she believed them to be. Still sulking weeks later, Jillian’s pesky sister helps her get a new job—same location, new lingerie store—owned by the handsome stranger who evicted her.

Unforeseen circumstances force Jillian into the management position where she realizes she’ll have the chance to learn from her previous mistakes. But she’s taken aback when a competitor offers Jillian part of her dream again—half owner of a lingerie store. Jillian must decide where she wants to be: working at her hot boss’s upscale lingerie store and helping him succeed. Or working toward her ultimate goal of being an owner again—even if that means taking a step down from the five-star norm she’s used to.

Especially when she realizes that dealing with Cole Carrington on a day to day basis isn’t as difficult as she first thought it might be.

As far as Mercedes Nicholson was concerned, The Snow Ball was her one and only chance to prove to The Hollinsworth Board of Directors that her company, Platinum Perfection Events, could handle all the events booked with the hotel. She’s just hoping that her past with the sexy CEO Justin Hollinsworth doesn’t mess with her chances.

Arabella Winters was all about fun. Even if she’d been in a terrible relationship months before, she’s determined to move on. And move on she is, with her handsome date that her sister set her up with—Navy Seal Jax Hollinsworth, at her service. A Navy Seal, a Snow Ball and an orgasm never hurt anyone, did it?

Billionaire CEO Dylan Truex was burnt out. Not from his empire, DIRTY GAINS, but from his celebrity status. Having the body he did as well as the motivation to lead the pack, was no longer all it was cracked up to be. Heading to Estes Park for a two-week getaway all by himself sounded like the perfect solution to all his problems. Until he arrives and finds that the condo has been double-booked. Sharing the condo, he can handle. Cute blondie tempting him to break his no-sex bet, err…

When Lina Armstrong runs away from her old life—walking out on her job and leaving behind her family—the best thing she can do is reclaim her true self. No boss. No family. No men. No anybody. Then comes handsome stranger Dylan Truman threatening to wreck her alone time at Pine Lake. Yeah, he’s cute and all, but so are the elk and that doesn’t mean she wants to share a condo with them.

When the blizzard hits and whiteout conditions make it unsafe for either of them to go anywhere, they are forced to stay put in the condo together. What started off as a bad thing, starts to turn into something good. Two weeks with this cocky hard body? Alright, if she must.

It shouldn’t be a problem as long as she can keep her hands to herself and stop imagining if his tongue has as much stamina as the rest of his body.