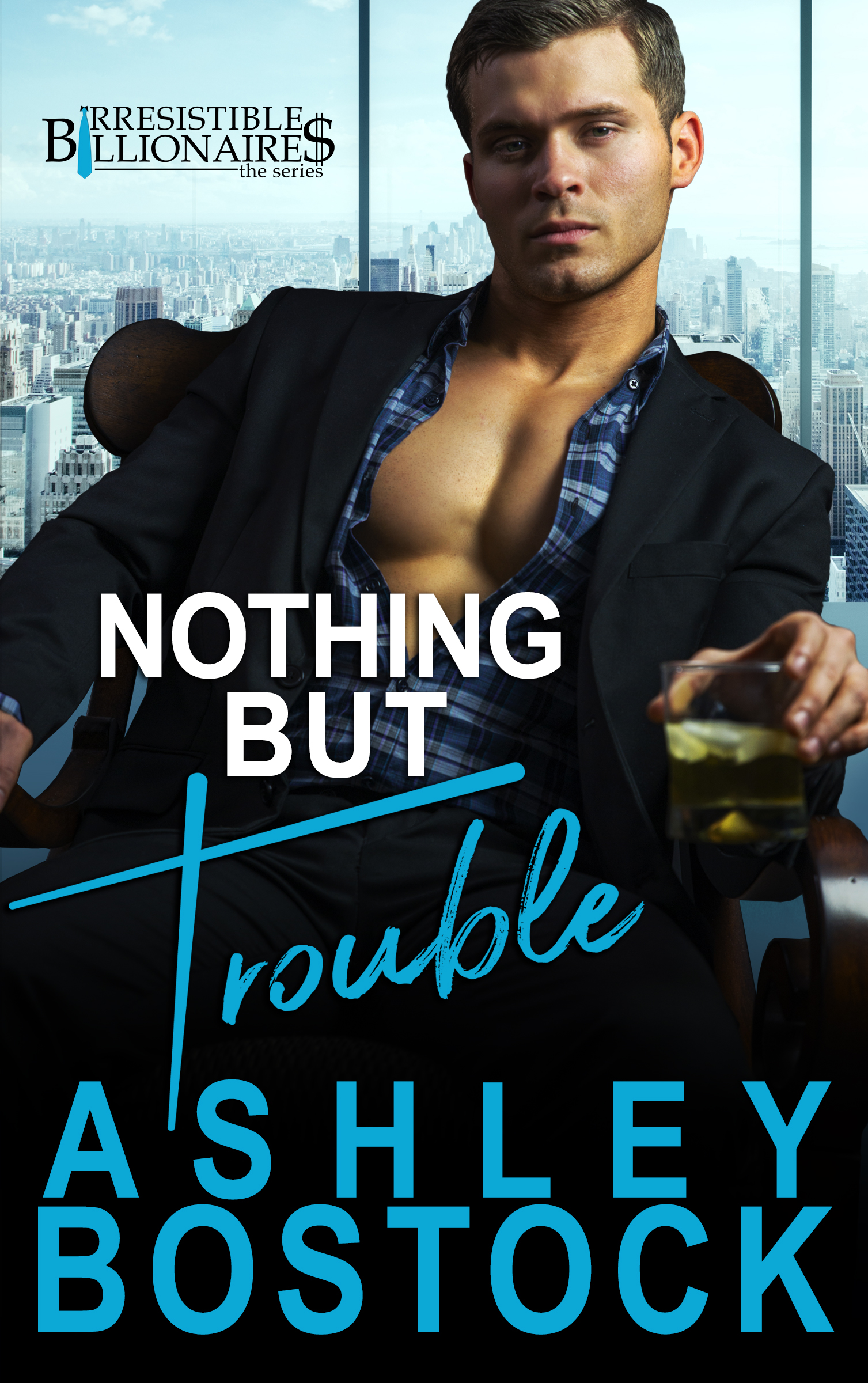 Nothing But Trouble – Book 1

CEO of a #1 matchmaking website, Michael Vilander knows all the algorithms for the perfect connection. Yet, he’s nothing, but alone. After all, running a billion dollar company doesn’t leave much time for falling in love. Putting his own company to the test, he meets a sexy and innocent woman online, hoping to land a date for the esteemed Valentine’s Day Gala. But what he gets is so much more than he ever imagined.

Twenty-four year old Sophia Baldwin is in over her head as she tries to makes ends meet. Her dreams of being a nurse are on hold while she cares for her ailing grandmother. Connecting with the charming and sexy mogul changes everything for the drowning exotic dancer.

But Sophia goes too far when she blurts out their engagement to a roomful of envious ears at the Valentine’s Gala. Now, they have thirty days to prove how truly in love they are. Can a month of make-believe turn into something real or will Micheal’s past destroy everything they’ve built?

“Nothing But Trouble did not disappoint. It had a strong story line, great characters and kept me on the edge of my seat the entire read. This story teaches us that trust is such a precious thing and that we should never, ever take it for granted. LOVE.” ~The Laundry Librarian, 5 stars 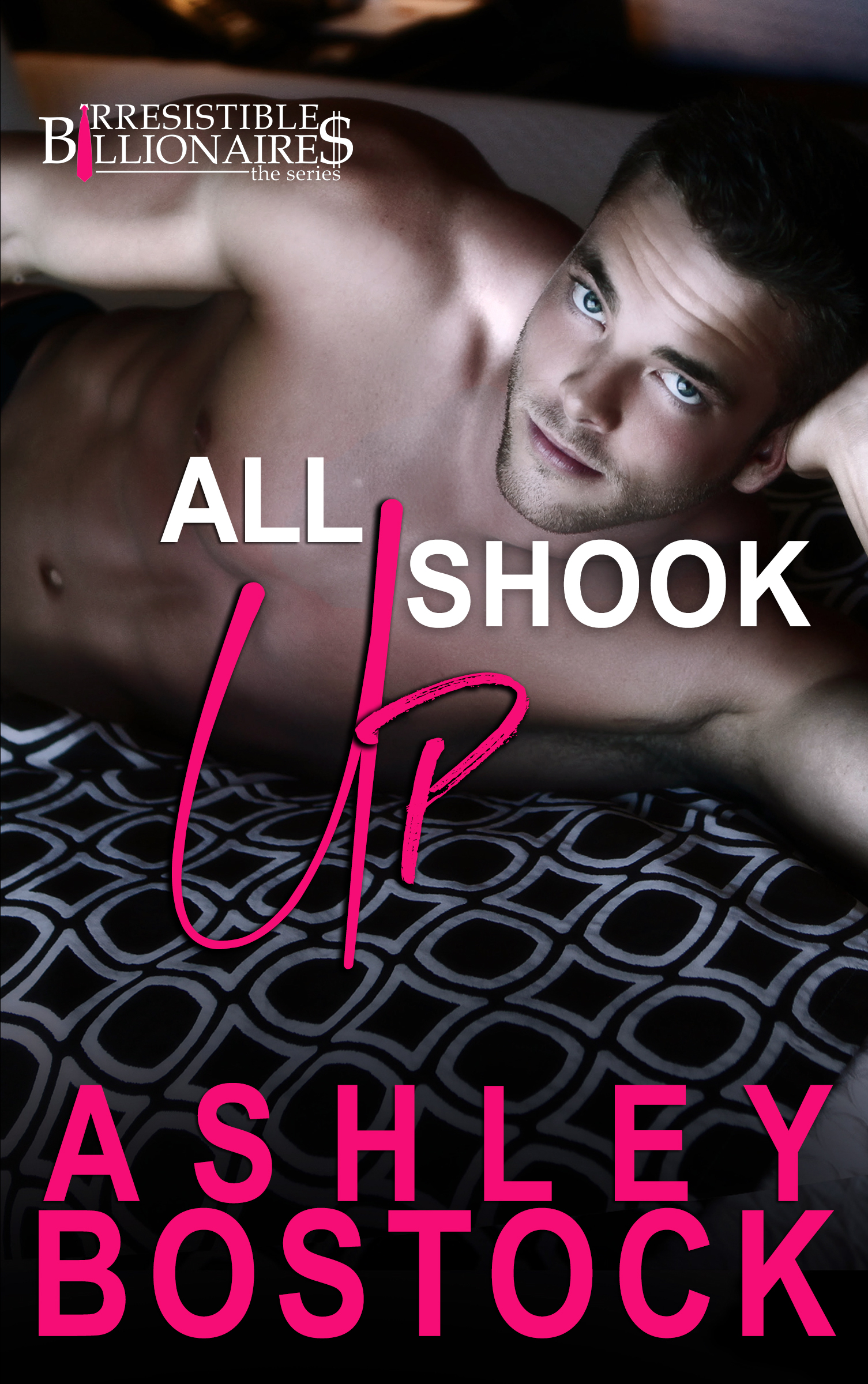 Billionaire CEO Cole Carrington knew the only way to check the seemingly downward spiral of his lingerie store was to go undercover. If it was being mismanaged he’d be able to get to the bottom of it. What he wasn’t expecting was to run into Jillian Winters, the gorgeous woman he’d evicted months ago from the same location.

When Jillian Winters gets evicted from the building she rented, she’s forced to shut down her five-star lingerie store. Unable to have the proper funds to relocate into an equally swank location in Downtown Denver, Jillian is certain her managing skills aren’t what she believed them to be. Still sulking weeks later, Jillian’s pesky sister helps her get a new job—same location,newlingerie store—owned by the handsome stranger who evicted her.

Unforeseen circumstances force Jillian into the management position where she realizes she’ll have the chance to learn from her previous mistakes. But she’s taken aback when a competitor offers Jillian part of her dream again—half owner of a lingerie store. Jillian must decide where she wants to be: working at her hot boss’s upscale lingerie store and helping himsucceed. Or working toward her ultimate goal of being an owner again—even if that means taking a step down from the five-star norm she’s used to.

Especially when she realizes that dealing with Cole Carrington on a day to day basis isn’t as difficult as she first thought it might be.

As far as Mercedes Nicholson was concerned, The Snow Ball was her one and only chance to prove to The Hollinsworth Board of Directors that her company, Platinum Perfection Events, could handle all the events booked with the hotel. She’s just hoping that her past with the sexy CEO Justin Hollinsworth doesn’t mess with her chances.

Arabella Winters was all about fun. Even if she’d been in a terrible relationship months before, she’s determined to move on. And move on she is, with her handsome date that her sister set her up with—Navy Seal Jax Hollinsworth, at her service. A Navy Seal, a Snow Ball and an orgasm never hurt anyone, did it?

Author Note: If you are reading the Irresistible Billionaires Series, you won’t want to miss Arabella’s story in No Strings Attached. But be warned that this novella ends in a cliffhanger.
If you are new to the series, each of the five books can be read as standalones but as with any series, it’s good to read them in order! The novellas are not standalones! You will be lost if you start reading this book and it would not be worth your $0.99! However, you do NOT need to read the novellas to stay in the loop with the original five book series.
*No Strings Attached is free to my newsletter subscribers* 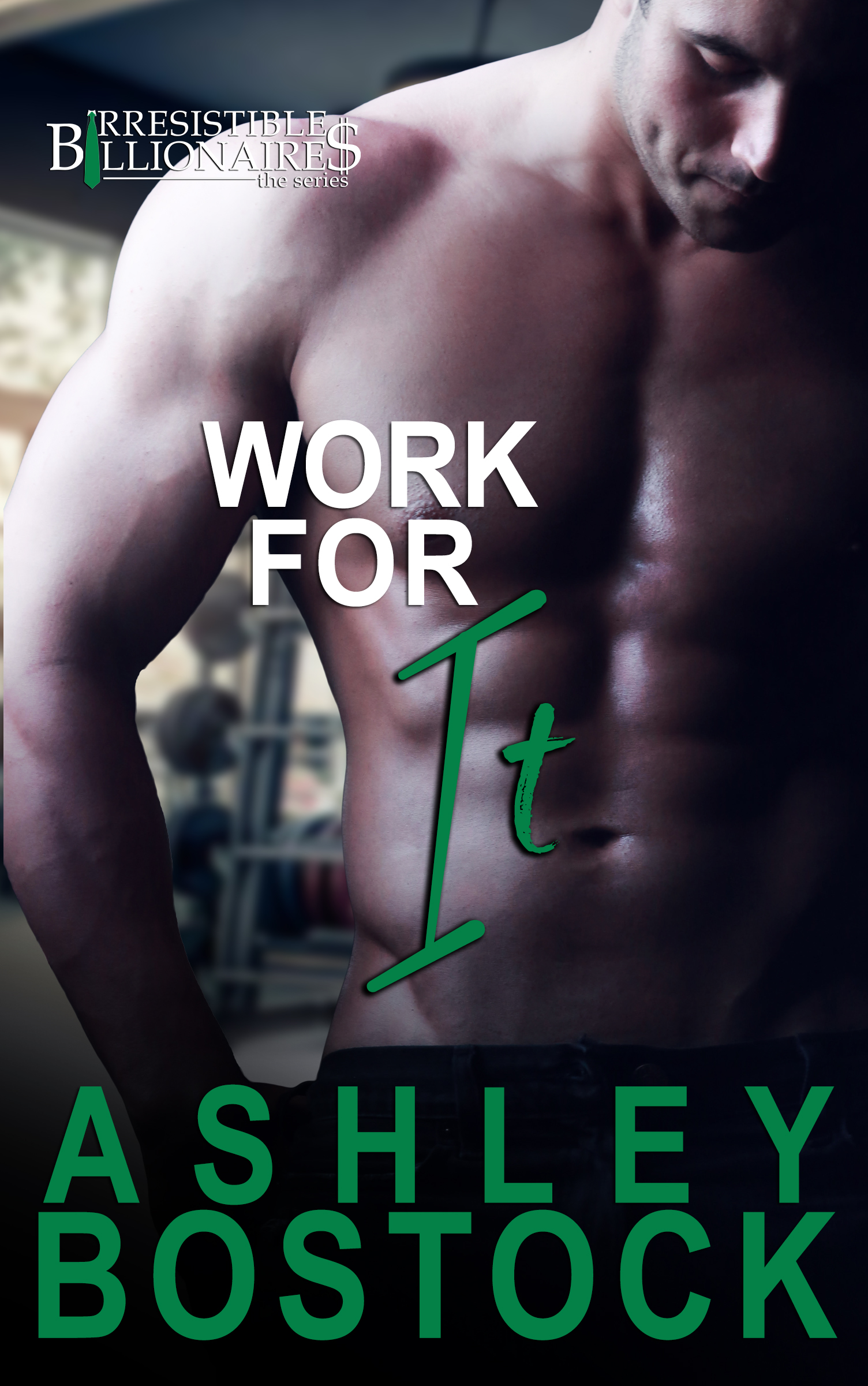 Billionaire CEO Dylan Truex was burnt out. Not from his empire, DIRTY GAINS, but from his celebrity status. Having the body he did as well as the motivation to lead the pack, was no longer all it was cracked up to be. Heading to Estes Park for a two-week getaway all by himself sounded like the perfect solution to all his problems. Until he arrives and finds that the condo has been double-booked. Sharing the condo, he can handle. Cute blondie tempting him to break his no-sex bet, err…

When Lina Armstrong runs away from her old life—walking out on her job and leaving behind her family—the best thing she can do is reclaim her true self. No boss. No family. No men. No anybody. Then comes handsome stranger Dylan Trumanthreatening to wreck her alone time at Pine Lake. Yeah, he’s cute and all, but so are the elk and that doesn’t mean she wants to share a condo with them.

When the blizzard hits and whiteout conditions make it unsafe for either of them to go anywhere, they are forced to stay put in the condo together. What started off as a bad thing, starts to turn into something good. Two weeks with this cocky hard body? Alright, if she must.

It shouldn’t be a problem as long as she can keep her hands to herself and stop imagining if his tongue has as much stamina as the rest of his body.

You are cordially invited to attend the Valentine’s Day wedding of Sophia Baldwin and Michael Vilander inside The Hollinsworth Hotel.<br>Everything is perfect. With only a short amount of time for Platinum Perfections to organize Sophia’s wedding, everything runs smoothly as Sophia walks down the aisle. Or so it seemed, until the newlyweds are confronted by a tabloid reporter.

The last person Arabella Winters was expecting to run into at Sophia’s wedding was Jax Hollinsworth. Having left without giving her the best almost-orgasm of her entire life and then disappearing into seemingly thin air was enough to drive any woman crazy. Luckily for Jax, she was thick headed enough to go get that orgasm and strong enough to keep Jax in the strictly hook-up only zone….right?

More than anything, billionaire CEO Zander Morgan wants to prove himself as more than just the one-hit wonder who created the world’s most widely utilized design app. He’s a skilled architect, and longs to make that known by winning the prestigious Architectural Award. That notoriety means gutting a beloved historical building, but that is a price he’s willing to pay.

Jade Devereaux takes great pride in her career job as a landmark preservationist. When she learns of plans to overhaul The Rink, where her parents first fell in love, she’s prepared to go to war to prevent it.

Her battle plan takes an awkward twist when she learns her crush from her weekly poker game is her rival in the fight to save The Rink. Will her attempts to stop construction push Zander, the five-card stud, to fold? Or will saving her parent’s love story allow her own to begin? 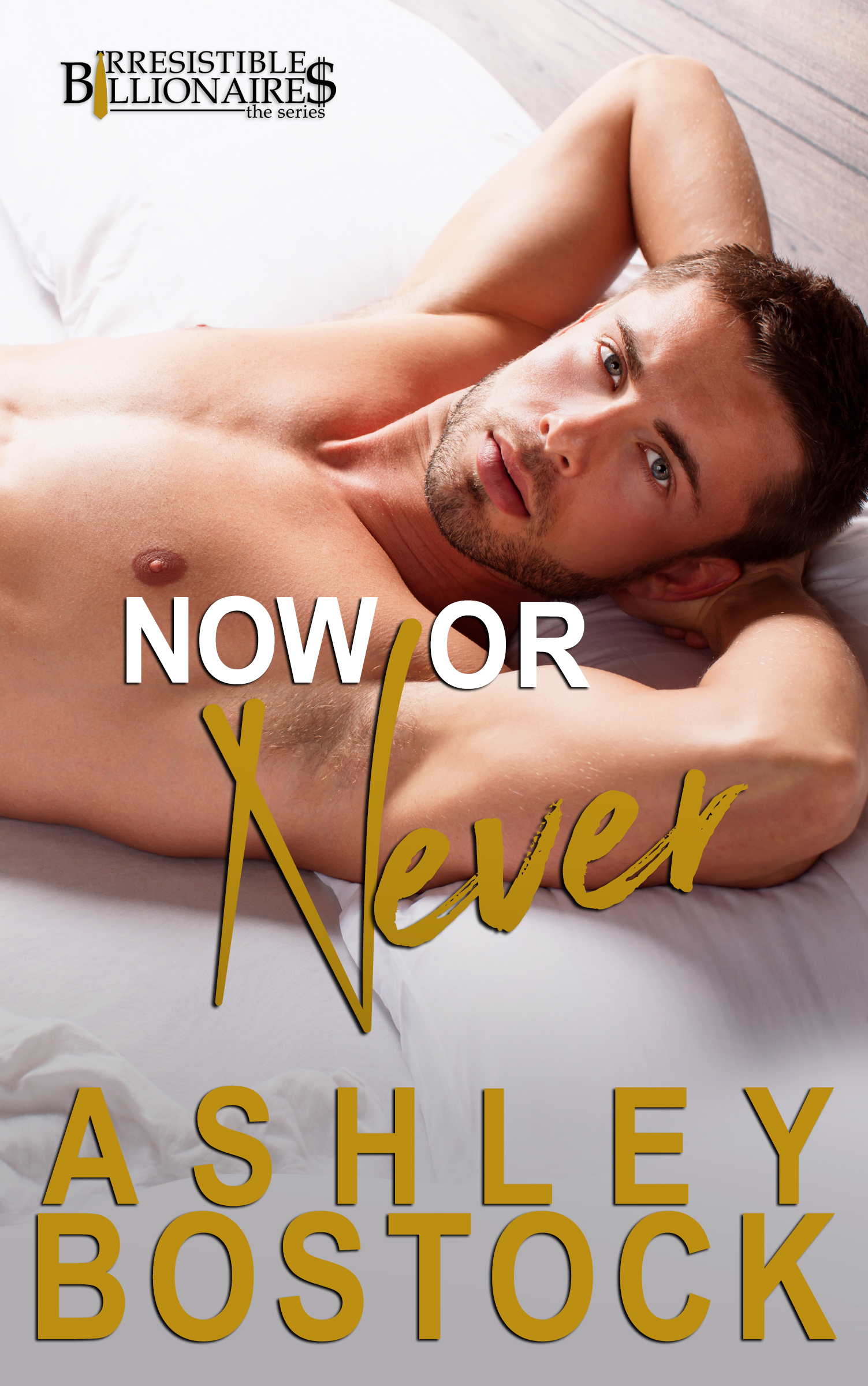 A continuation of the IRRESISTIBLE BILLIONAIRES three-part novellas.

Arabella Winter’s has been through a lot—more than any twenty-something should ever have to endure. She’s grateful for the project that her almost brother-in-law is heading up. Not only has he and his friends built a five-star project for domestic violence survivors, they’ve invited the entire city to their fancy, first-ever gala to benefit the project.

The gala is running smoothly for most of the night…until it isn’t. Arabella knows it’s up to her to save the rest of the evening. Luckily…err, maybe unluckily for her, she knows exactly what to say to keep the guests’ attention.

Especially when she has all of Jax Hollinsworth’s attention giving her encouragement.

He’s always been everything she’s wanted in a man. But Arabella has been too scared to make a commitment. 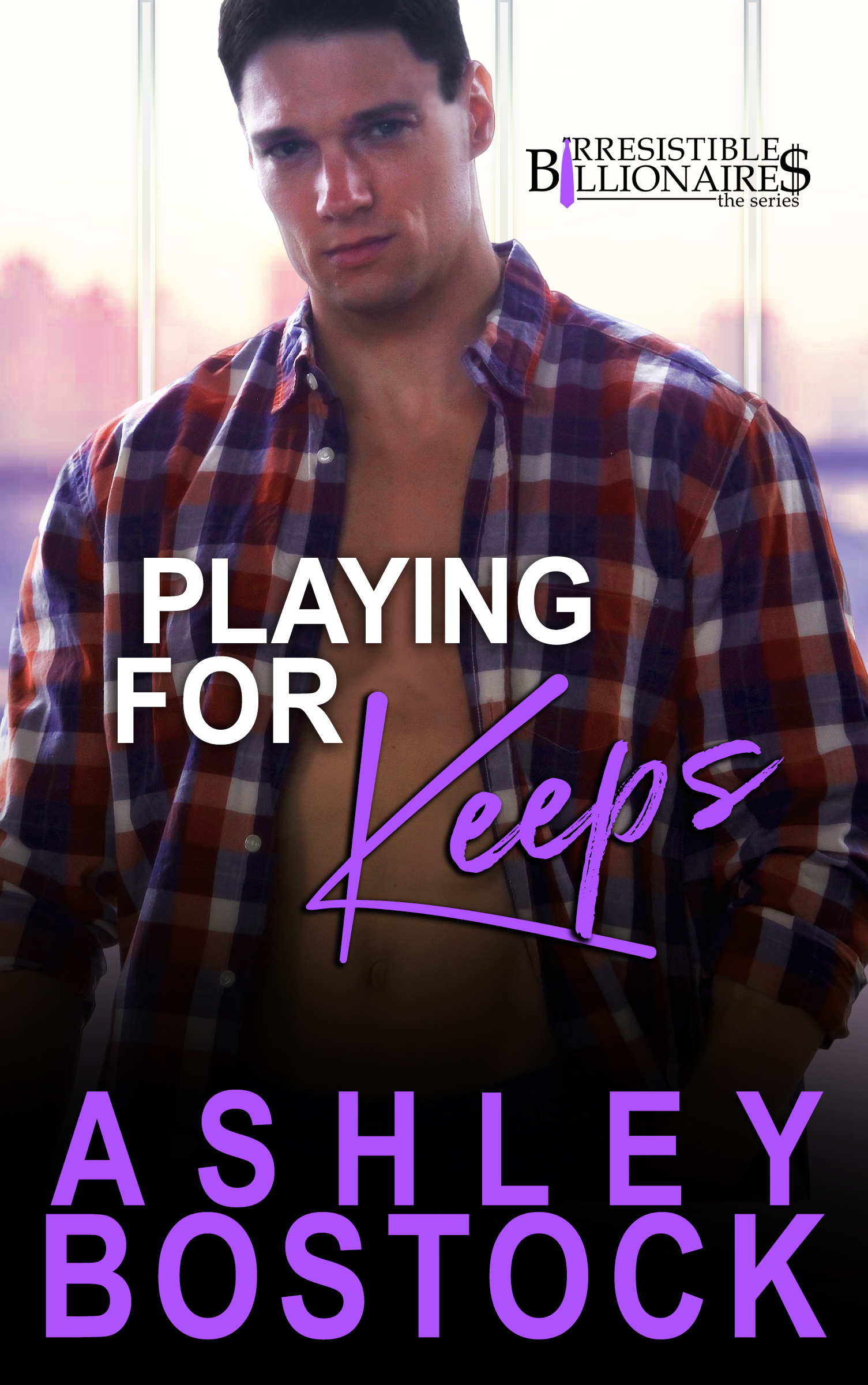 CEO Justin Hollinsworth’s playboy ways have his board of directors in a tizzy. Apparently, him bedding a different beauty every night somehow offends the company’s morality clause.  The penalty of which could be sharing his CEO title with his brother. So far, his billionaire status has bought him the upper hand. But time is running out. His only option is to find a wife and pretend to settle down, in hopes of appeasing his uppity board.

Who better to ask than his ex-best friend?

Mercedes Nicholson isn’t a careless business owner. When she fronted money to an associate, she trusted she would be paid back. That was her first mistake. She was fearing it would cost her a lifetime of work to dig herself out of that hole, when Justin came back into her life with an unconventional offer. One that might just save her business.

But Mercedes has a secret it will be impossible to keep hidden. To her, Justin was always more than a friend. He was the boy that stole her heart when she was a gangly eight year old. Now, she’s a grown woman with the desire to do unspeakably naughty things to him. Can she fake a marriage to the only man she’s ever loved? Or will real emotions get in the way of the perfect ruse?