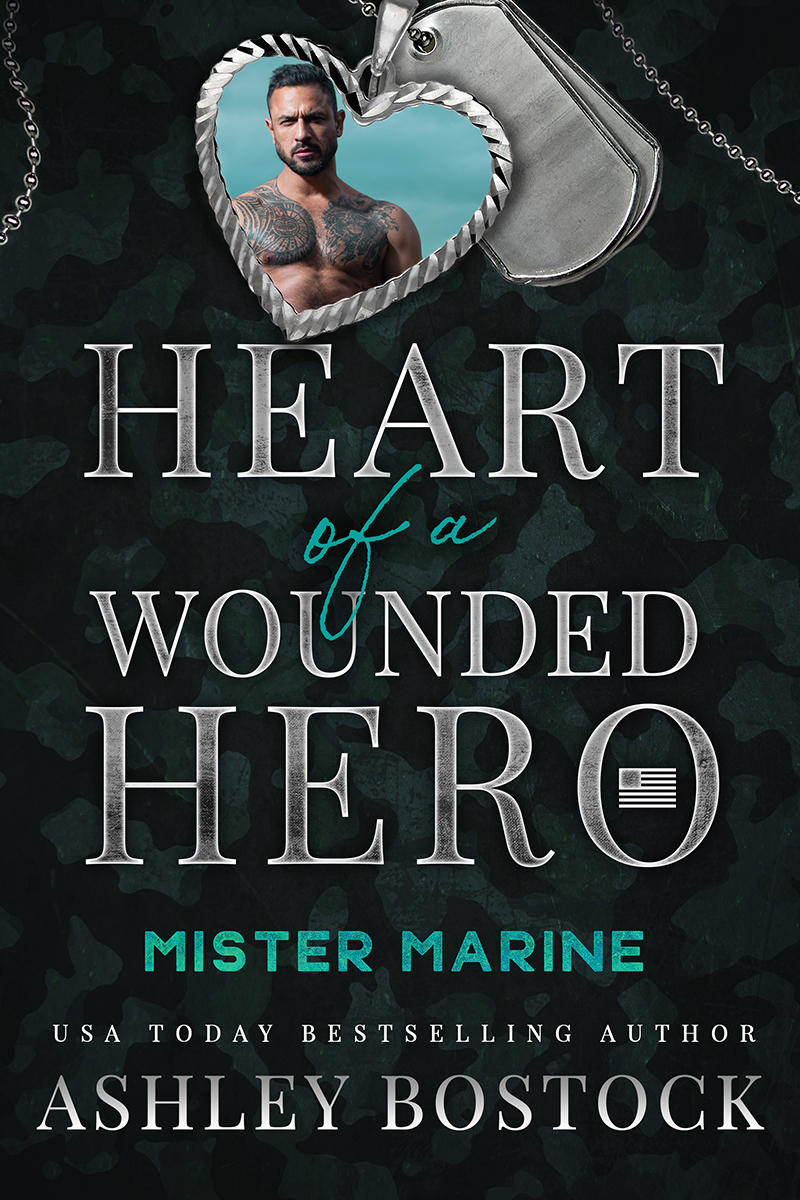 Heart of a Wounded Hero:

My best friend thinks I need action… the intimate kind that usually happens in the bedroom. And we apparently have very different ideas about what that means…

Erin Gilmore spends her days ringing up customers at the Akron Springs gas station. Her best friend, Morgan, enjoys teasing Erin about her favorite customer—Mr. Marine. Despite his gruff exterior, Erin can’t stop thinking about him.

When Morgan hands me the box in the parking lot, I look around, hoping there are no witnesses. From her grin, I’m sure she’s up to something. When I open it, the most enormous bedroom toy I’ve ever seen bounces to the ground…

Erin waits all day for just a few moments of interaction with Mr. Marine, also known as Archer Handler. But he’s just shown up at the worst moment. When he picks up the rubber toy that landed at his feet, Erin is mortified.

“It’s kinda small,” he says as he hands it to me, and our fingers brush. I nearly choke, trying not to imagine how big he must be.

It’s a small town, and people talk… about Archer. He’s a single dad with an adorable daughter, but people say he’s “wounded.” Even though she’s been warned, Erin is drawn to him, and she’s determined to find a way into his heart, now that she’s certain he has one.

The Heart of the Wounded Hero series was created to pay tribute to and raise awareness of our wounded heroes. Each of the over eighty authors involved have contributed time, money, and stories to the cause. These love stories are inspiring and uplifting, showing the sacrifice of our veterans but also giving them the happily ever after they deserve.

By increasing awareness through our books, we believe we can in a small part help the wounded heroes that have sacrificed so much. Thank you for reading.